Are you looking for a Dallas Flooring Company?

Welcome to Dallas Floors, a leading flooring company  in the Dallas-Fort Worth Metropolitan Area known for its superior flooring services.

Need a Free Flooring Estimate for Your Dallas Home?

A Professional Flooring Company in Dallas that Can Turn Your Vision into Shining Reality!

Are you looking to enhance the visual appeal of the interiors of your home in the DFW Area?  It’s time to give a new touch to your existing dreary-looking interiors.

Why not engage Dallas Floors, a professional flooring company in Dallas? With years of experience, we help you choose the best flooring options for Dallas residents.

Get flooring services that add an aesthetic feel to your boring space. Give Dallas Floors a chance and you won’t ever be disappointed! Call us today!

Go for the classic, it looks solid, elegant, and give a graceful look to your interiors.
More Info

It’s time to uplight the dull looking interior with the addition of LYP; these can give an awesome boost to your interiors.
More Info

We offer the best and hassle-free carpet installation services to our customers. Hire us for quick installation.
More Info

Your kitchen backsplash is an excellent area in your home to showcase your style and personality.
More Info

Get the same durable imitation of a wood floor with laminate flooring. These give a natural and appealing look to space.
More Info

Give your interior natural look with natural stone flooring. Hire the experts to get the expert services.
More Info

Dallas business owners can expect perfect, on-time, and quick floor installation and repair services. So no matter the floor type you choose for your home, we ensure great results at affordable rates.

Let our local Dallas flooring specialists offer premium residential flooring services for your DFW home. We install and repair a range of different flooring types like:

Check Dallas Floors to get the premium flooring Dallas trusts. Contact us today! 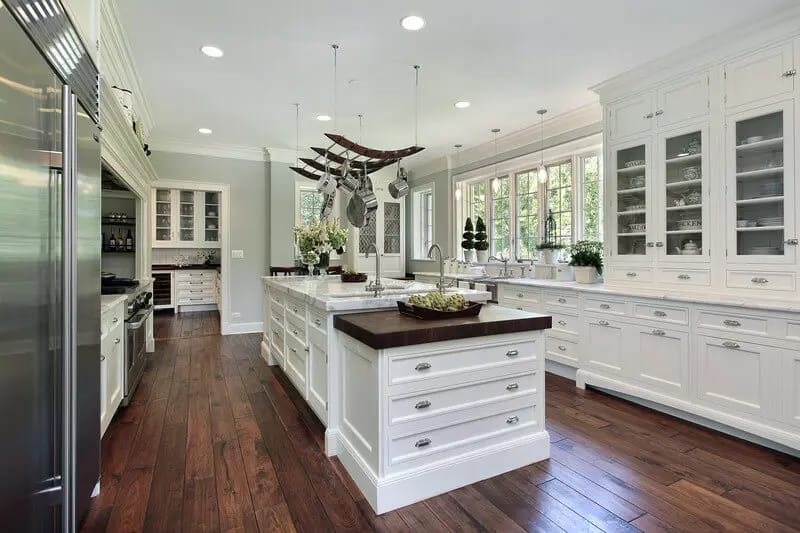 Smoothly running your business in Dallas is of utmost importance but more important is to make a quality first impression on your customers. Experts from Dallas Floors can install, repair, or refinish your commercial floors in Dallas. We are committed to providing our commercial customers in Dallas, the finest selection of carpet, wood, laminate, and vinyl available.

We are family-owned and operating in the Dallas area for the last couple of years. Our top-notch quality flooring and speed of carpet installation are such that you can only get from a local business company dedicated to serving the local DFW community.

Our Dallas flooring professionals have received training in installing various types of floors for businesses and offices. We serve offices, banks, mall outlets, restaurants, and other retail customers in Dallas and its surroundings. Give us a call today!

Our Happy Flooring Customers in Dallas

Vera Rowe
Read More
You guys are SUPERSTAR! We hired Dallas Floors for altering our dull interior flooring, and we are delighted with the results.

Andres Fernandez
Read More
If you are interested in having top-quality hardwood floors installed, save yourself your precious time and go straight to Hardwood Flooring services by them.

Jorge Calderon
Read More
We have been looking for a professional company to re-new our existing floors, and we got to know about Dallas Floors, what I can say more, 5 stars for the professionals!

Melanie Rider
Read More
This was about a pleasing experience! Everything was super easy and hassle-free. From the quoting process to the installation, you guys have proven yourself as professionals.

Joey Mena
Read More
Dallas Floors completed a luxury vinyl plank installation at my house, and it looks amazing! The pricing is competitive; the product selection copious, the customer service top-notch, and the install crew did a super thorough and extremely quality job.
Previous
Next
About
Neighborhoods
Public Transport Nearby
Places of Interest
Attractions
Landmarks
About

The city of Dallas lies in Dallas County. Dallas is the 3rd largest city in Texas and the 9th largest in the country.

Dallas is the hub of Fortune 500 companies and industries including defense, IT, telecommunication, and transportation. 40+ colleges and universities are located in the Dallas-Fort Worth Metroplex.

The Dallas-Fort Worth (DFW) area is the fourth largest metropolitan area in the country, with Dallas alone having a population exceeding one million. Dallas has many nicknames including The Big D, D-Town, Pegasus City, and Triple D.

Dallas has popular professional sports teams representing it such as the Dallas Cowboys of the NFL, the Dallas Stars in the NHL, the Dallas Mavericks in the NBA, and FC Dallas in the MLS.

The city is a delightful blend of business, politics, and entertainment. Come to Dallas. Big things happen here!

The DART (Dallas Area Rapid Transit) is the main form of transport throughout the DFW Metroplex. It has different colored train lines that connect the various parts of the city.

There is a Greyhound bus station on South Lamar Street. On Houston Street is the Eddie Bernice Johnson Union Station which serves Amtrak trains.

Coming to planes, the Dallas-Fort Worth International Airport is one of the busiest in the world.

In Dallas, eateries are endless. Try the Zoli’s NY Pizza on Midway Road for their tempting Thunderbird Pies. Cattleack Barbecue is the Dallas favorite for smoked meats. TJ’s Seafood Market has the best lobsters and shrimp. The Royal China Restaurant is great for noodles and rice. Sachet in Highland Park has the best Mediterranean dishes.

If you are bar-hopping in Dallas, do not miss the Old Monk or Hide. Frankie’s Downtown and Braindead Brewing are equally good. Ten Bells, Full Circle, and Malarkey’s are the taverns in Dallas.

Dallas has many museums such as the African-American Museum, Museum of Biblical Art, and the Dallas Museum of Art. Parks are plenty in Dallas. You can go to Fair Park, Turtle Creek Park, Lake Cliff Park, or Reverchon Park. The Dallas Zoo is a 106-acre zoo that is the largest in Texas. The Joppa Preserve and Cedar Ridge Preserve are natural retreats within Dallas

The JFK Memorial is an iconic landmark in the West End Historic District of Downtown Dallas. The skyline of Dallas is dotted with skyscrapers like the Bank of America Plaza and the Reunion Tower. The American Airlines Center is another landmark here. It is the sports stadium where the Mavs and Stars play.

How to maintain hardwood flooring: the most important things you need to know. Hardwood floors are a valuable asset to any home, providing a rustic,

Natural, Painted or Stained Hardwood Floors – Which is Better?

You’ve fallen head over heals for the natural, rustic, and timeless look of authentic hardwood flooring. As you transform your home or place of business,

Natural, Painted or Stained Hardwood Floors – Which is Better?

Why Hardwood Flooring is a Sustainable Choice